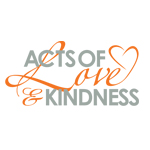 It was a throw-back to being in elementary school as I sat down last week with a stack of Valentine’s Day cards, an orange pen and envelopes. Yes, there was penmanship involved in this labour of love!

I had a vivid recollection of receiving such a card from a PRSA colleague more years ago than I now care to remember.  At the time I thought the idea was beautiful and especially warm and personal. There is something to be said for getting a Valentine’s Day card when you are an adult. In addition, I thought she was pretty cool to be shutting down her company for a day that wasn’t a statutory holiday. I had admired Patrice Tanaka, now chief counselor and creative strategist at PadillaCRT, from the first time I met her at Counselors Academy, PRSA. A maverick in our industry, Patrice is one of a kind and she ran her agency in the same way. Acts of Love & Kindness (ALK) was her idea and it ultimately had a strong impact on the US PR community.

My business partner and I talked about bringing ALK into Canada for years, but business kept getting in the way. And then something wonderful happened.

Last fall energi PR was engaged to provide strategic direction and execution for the media relations involved in the launch and promotion of the national My Giving Moment campaign, inspired by His Excellency the Right Honourable David Johnston, Governor General of Canada. This campaign is all about giving, whether it takes the form of time, talent or money.

On the premise that timing is everything, things moved quickly from there and it didn’t take long for me to get Patrice’s blessing to be the agency to finally bring ALK over the border. Our company wide initiative will launch on February 14th.

Since we started our PR consulting firm in 1990, giving back has been a fundamental part of our culture and something we value 365 days a year. But ALK allows us to amplify the importance of being kind. We felt that closing the office for this purpose would send a powerful message about paying it forward. In time we hope to take the message further by inviting our global partners in the Public Relations Global Network to follow our lead and share a greater number of acts of love and kindness in their countries.