energi PR is one of less than a handful of members of the Canadian Council of Public Relations Firms that began its business in Quebec before expanding to Ontario.  We hung out our shingle as Communications MECA in  1990 with a clear vision to be a national public relations consulting firm that just happened to be headquartered in Montreal. Independently owned, we were reportedly the only  PR “boutique” (ugh, we hate that term) that had bricks and mortar in two major markets. As such, we provided an option to clients who liked working with a smaller shop but who expected seamless service in English and French Canada. Born and bred in QC, we knew the market, had the connections, spoke the language and understood the political, social, behavioral and attitudinal differences. Counselling Quebec-based companies wanting to do business elsewhere in Canada and the US or firms wanting to come to the Quebec market, we bridged the gap ensuring that programs were neither Montreal or Toronto centric. We’re still here nearly 25 years later.

While politics and religion are two topics you want to avoid in a business context,  we believe it’s  important to our current and future employees, clients and colleagues that we make our views clear with respect  to the current government’s platform of sovereignty as well as to two specific pieces of proposed legislation – Bills 60 and 14.  Should the Parti Quebec government be re-elected with a majority government (not likely given recent polls)  it is our opinion that the way energi PR does business in Quebec and how YOU do business in Quebec will change, and not for the better.

If you live in the ROC it is likely you are bored by this cyclical “neverendum” referendum discussion and either could not care less or feel that you and your firms will not be affected. You may have read about PQ candidate Pierre Karl Peladeau, who in his fist pumping remarks on being named a candidate professed his determination to leave his children a country. He did not mean Canada.

The electoral campaign has gone downhill from then.

energi PR believes in a Quebec within Canada. We believe that the preservation and dominance of the French language and culture should not come at the expense of the rights and freedoms of other cultural and linguistic communities.  We believe that Bill 60 and its proposed ban on “ostentatious” religious symbols for public sector employees including day care workers, healthcare professionals and teachers, described in part as the hijab, turban and kippah is not only restrictive, but will escalate the fear, public humiliation, intolerance and violence that has already been manifested and felt by our citizens.

On Monday, April 7th, Quebeckers will vote to elect their government. We hope that the people speak with a voice of inclusion and respect.

ABOUT energi PR
energi PR founded in 1990, is a full service, bilingual, independently-owned firm specializing in public relations, social media/digital and corporate communications. With offices in Montreal and Toronto, energi PR delivers integrated public relations services to national and multi-national clients in the consumer and healthcare sectors. energi PR is a founding member of the Canadian Council of Public Relations Firms and is the Canadian affiliate of the Public Relations Global Network (PRGN) that offers representation in more than 80 markets on six continents. Please visit: http://www.energipr.com.

If the tragedy of the train derailment in Lac Megantic wasn’t so horrific, it could be a laughable PR case study about what not to emulate. To the Chairman of Montreal, Maine and Atlantic Railway, let me give you some advice, on the house.

Preparation: There is hardly a business that is immune from the risk of exposure whether it is an accident, fire or scandal. If you had a crisis communications plan, it didn’t work, but most likely you didn’t have one. You were grossly unprepared and it shows. Like death and taxes, the only certainty is that the unexpected will happen. Be prepared for it.

Get out ahead of the news:  Almost everyone knows that ordinary citizens and the media get to the story immediately – MM&A needed to get out in front of it. Instead, you waited to be chased.  All that you needed to say immediately upon learning of the tragedy was “Our thoughts and prayers are for the victims, their families and the residents of the town. We are by their side.” Follow that by saying you would set up a schedule for regular briefings.

Presence: It took five days for you to show up at Lac Megantic. From what I’ve read you said you could accomplish more being in Chicago where you could deal with insurance, the media etc. Are you kidding?! Do you not have other senior members of your team competent to deal with such things? You are the public face of the company and needed to rush to the scene and share in the communal pain; call the mayor and show yourself as human. Your actions and statements made you seem distant and uncaring and now you have positioned yourself as the enemy. Good luck rebuilding in that community.

Don’t speculate: You don’t know what you don’t know – so say so. Don’t make it up as you go along.  Engaging in a blame game, whether it’s your employee or the fire department, before all the facts are in is unwise. When asked about accountability you could have said simply, “We are cooperating with all of the regulatory bodies and municipal, provincial and federal authorities. Like everyone involved, we are waiting for the information to unfold as the investigation continues. Right now our primary concern is for the families and the residents of Lac Megantic.” Instead you use words like “obligation”, “probably”, and “the information gets better every day”. Your statements are confusing and show lack of coordination.

Speaking to the media – According to a news report you told TVA that you hope “(you) won’t get shot” when you finally visit Lac Megantic. That’s like Nixon saying “I am not a Crook” or Bill Clinton saying “I did not have sexual relations with that woman…” Why didn’t you issue a statement at the news conference where you could have at least articulated what you wanted to say, before being hammered by questions? The answers you gave satisfied no one.

Doing business in Quebec – Given that the Caisse de Depot de placement reportedly owns 13% of MM&A, and, that you operated in Quebec I have to wonder why the French language communications were described as clumsily translated and why there is nothing in French on your website, including the message on the French version that it’s in the works?

Being online – When I visited the MM&A website I saw that the last news release was dated July 7th, and that there was no message of sympathy – in fact nothing to suggest that it was anything other than business as usual for your company. It would have been so simple to have you prepare a video statement on the site or better still, uploaded to YouTube.

At the end of the day the spectre of a communications and public relations critique is of little consolation to the victims, families, townspeople and emergency service personnel in the quiet hamlet of Lac Megantic, Quebec. However make no mistake, that it will likely never be business as usual in this locality for MM&A. If not for the safety factors alone, but for the sheer heartless and defensive way this was corporately managed.

Don’t take my word for it – just look at Michael McCain and Maple Leaf Foods to find out how to do it right. 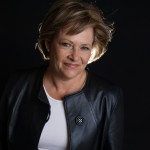 Carol Levine (@Carol_levine) is co-founder and Managing founder of energi PR, digital, communications, an award-winning independently owned Canadian PR consultancy established in 1990 with offices in Toronto and Montreal. energi PR is the Canadian affiliate of the Public Relations Global Network, providing expertise in consumer and healthcare public relations to national and multinational brands. Carol is the immediate past Chair of the Canadian Council of Public Relations firms and is a 2013 Inductee in the Canadian Healthcare Marketing Hall of Fame as well as a Fellow of the Canadian Public Relations Society.