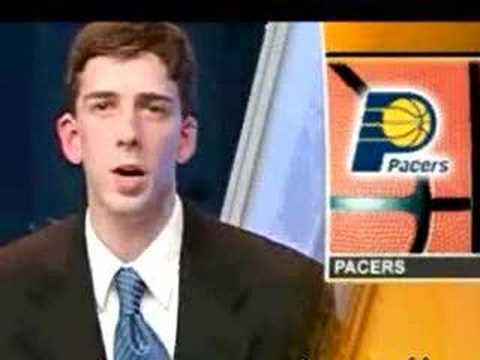 Does High Twitter Follower Count indicate Thought Leadership? Not SO much!

There’s considerable ongoing discussion of influence — how to get it, work it and hold onto it — underway in the social universe. This intense interest has resulted in a wide variety of FREE tools people can use to track their/your social influence and thought leadership. These tools include Klout, Twitter Grader and Twitaholic, to name only a few. In the past year, the reliance on follower count, as a prime measure of influence has lost credibility, with a pronounced shift to a more considered evaluation based on a concoction of mystery analytics and far-reaching connections.

Klout, currently the most popular and buzzed about industry standard for rating social media influence is a highly-debated tool that measures thought leadership and engagement by its own secret analytics and gives you a score based on more than 35 variables including retweets, followers, engagement and the quality of the people following and engaging with you. Klout scores range from 1 to 100, with higher scores representing a wider and stronger sphere of influence.

Despite Klout’s newfound klout, when it comes to measuring “influence,” one very influential and respected word of mouth agency, Likeable Media, asserts that thought leadership can indeed be measured by numbers: specifically, your number of Twitter followers.

This begs the question: Is follower count the best way to prove social media competence and authority?

“I was extremely surprised, given the way social media measurement is evolving, to see a highly respected, early adopter like Dave Kerpen, a founder of the Word-of-Mouth Marketing Organization and CEO of Likeable Media, announcing an employee competition, challenging his staff to grow their Twitter followers to prove their thought leadership, based on follower count,” says Strategic Objectives president Deborah Weinstein, who is herself hyper-active on Twitter. (Follow her @DebWeinstein)

“There’s been so much time and energy spent discussing social media measurement and its impact — how to create it, how to report it to clients, how to prove its value and ROI — over the last year,” Deborah continues. “I was astonished to see a leader like Dave reverting to the most basic and rudimentary measure, follower count, to prove the influence of his crew.”

“I simply had to go to our team — who do the same kind of work and seek the same kind of impact, results and influence for our clients — to ask their opinion and advice as to whether Strategic Objectives should do something similar,” she says.

At the end of the day, our SO Engagement team agrees, it’s important for our staff to be socially engaged because it’s what we do. As to whether follower numbers count? Our bottom line advice is that it’s preferable to judge thought leadership based on social sphere, influence, engagement and community participation. Someone with only 200 followers can have major influence in an online community through authentic engagement, and play a key and valued role in aligning and affiliating with your brand.

“I question whether ‘getting the most followers’ is the way to really engage a community and position yourself as a Twitter expert,” says @SO_pr Account Manager Monika Rola, who adds that measurement by followers is a flawed process because it’s too easily gamed. “We can all grow numbers with the help of Tweet Adder software. If someone wants to be underhanded, they can even pay companies to find followers for them.”

Andrew F Stewart our @SO_pr Community Manager agrees, “Everyone starts off with one follower. It’s easy to get followers; it’s keeping them that’s the hard part. Judging anyone or anything, prima facie, can speak more to your flippant need for quick answers than real influence,” he says.

It is our opinion that setting measures on social media success should match up to your goal, strategy and tactics. Looking at follower count is as effective as following the newspaper horoscope to guide your daily decision-making. Measuring and reporting ROI by follower and fan count, rather than context, audience demographics, etc. is all too common in the agency world.

A contact of ours recently shared a twitter influencer list with us to review. It comprised approximately 150 Toronto Twitter accounts with the highest number of followers. We vetted the list through our usual filters to make sure it was totally targeted and were totally surprised.

After filtering out the spammers, corporate accounts (no relevance to our campaign) and accounts which had gamed the system by obviously buying followers (few tweets, thousands of followers), we were left with approx 40 real people with any real influence. Of that 40, only a handful would have been interested in engaging with our story.

Don’t get us wrong — we do believe a large and engaged audience is hugely important in both social and traditional media. However, we urge you to look beyond the numbers to find the context behind the numbers. Be curious, Sherlock Holmes! Investigate.  Don’t be lazy.

Measuring Leadership: beyond the numbers

We believe that measuring sector and category thought leadership should extend way beyond Twitter to the work that you do and the results you achieve. It should include IRL speaking engagements, Twitter lists, blog posts and articles published in major media outlets and so much more. You can have as many engaged followers as you want, but if you’re going for the title, Thought Leader, your soap box needs to be prominent in more places than Twitter and your ideas should be thought-provoking and original.

Community manager Andrew F Stewart agrees, “Thought leadership is all about perspective. These days original thought is hard to come by and an original point-of-view is rare and very refreshing. You’ve delivered genuine insight if you can make me see something in a new light or from a new vantage point,” he says.

So how do you cut through the social noise, echo chamber and back-patting to be deemed an authoritative thought leader?

Andrew recommends listening and observing to discover the real influencers who matter most to you, “If you see that someone asks questions but doesn’t follow up with answers, it may just mean no one’s really connecting with them. It’s no wonder!” – “If we must follow numbers, lets look at twitter lists. It takes effort, reasoning, thought and categorization to add someone to a list so why not measure that as a standard of real influence.”

Like the “if a tree falls in a forest does anyone hear” metaphor … I like to say If a tweet goes unretweeted, did that tweet ever exist? Retweets are but one small way to measure social success and influence beyond follower numbers. In fact, we recommend a mix of measures including:

The list goes on and on, but we’re sure you get the point. There are also several, useful PAID services to help measure thought and brand leadership, including Sysomos and Radian6.

Andrew also suggests looking at how many lists someone appears on, “Lists are a good start if you want quantifiable measurement. Tools like Klout are also starting to show some traction in proving influence.”

I’ll conclude now with some wise words from our socially-savvy president, Deborah Weinstein: “Social media has become the wild, wild west of marketing with a multitude of disciplines jostling with each other to own the space; and a plethora of self-styled gurus hawking their wares to ill-informed, but hopeful clients, businesses and brands. Make sure to look beyond the hype to fact-based analytics and research when recruiting a marketer to promote your brand and business. True thought leaders will stand out based on their actions and deeds,” says Deborah.

There’s no question there is a need to establish and measure new high standards for “influence” and “thought leadership.” In the meantime we urge smart marketers to resist the temptation of buying into the big social numbers game, as digital budgets begin to rock and rule in the new economy.

Following on this theme of social media measurement, we’ll take a more analytical look at follower counts next week.

Melissa Smich is a thought leader on our Strategic Objectives Social Team.