Social media has the potential to revolutionize the way that governments relate to citizens. And this month, communicators in both Ottawa and Toronto will have a chance to hear from, meet, and talk to the man who is steering the introduction of social media and open government principles to the Government of Canada – Treasury Board President Tony Clement. 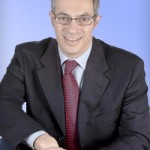 Mr. Clement is well-known as a politician who maintains an active Twitter presence, sharing what is on his mind and what he’s doing, and engaging in conversations with Canadians. Anyone who follows Tony Clement knows that his Twitter conversations are sometimes funny, sometimes serious, sometimes combative, but always genuine.

As a Minister, Clement has pushed forward with initiatives to enable Canada’s public servants to use social media in the workplace and a broader initiative to introduce open government standards to the government of Canada. In the last quarter of 2011, he

That’s a lot of action in a short period of time. But, what’s been happening now? How are the Web 2.0 Guidelines being applied by Canadian public servants? What did Canadians tell the Minister during the consultation? What’s on the agenda for 2012?

If you’re interested in open government and the use of social media by government, this session will be of real interest to you.